If we just look around us, we see how we have the similar face, similar body structure and yet we are so different and our mind is the key which makes us all differ. The other day the news broke down that a famous 'baba' was arrested for raping two girls and faces at least 10 years of jail. Funny enough, the crime was committed 15 years ago. I saw across the room and I saw a man, infuriated at the news, screaming on top of his lungs how unfair this decision is and that his 'god' can never commit such atrocity. I walked upto him and had a word with him about why he couldn't and all he said was that he is god and gods are never wrong. I left the place and started pondering about what he said and boy, he wasn't wrong at all. Let's face the fact, Baba was a god after all as he did sit on his throne and suggested that smelling the back of a specially abled dog would make my life change in a way I could never imagine. Baba could always be spotted in his orange drape and everyone respected him and after telling us what we can do with our miserable lives, he went ahead and starred in his self written, produced movie. Everything he did was real, he wasn't acting in his movie, it was the reality. We are just trapped inside a state of consciousness that we believe MSG was just a movie. Baba was never at fault, after all gods are never wrong. Those damn so called victims must've seduced him and did various stuff to him so as to get money and go after him. Why should our god feel the wrath of all the misery that those bitches cost him? An idea, lets burn everything down, kill people and lead our country to a state of fear because that's what he'd want us to do after all. Killing a baby was all that was needed and if we go on continuing this rampage, those demons would be forced to let him out and god will grace with his presence and show us his love by not giving a fuck about us. Let's face the fact, he turned this whole baba into a "non-profit organisation" and is a rapist, a criminal, a person trying to impersonate something he wouldn't ever understand. God was created by us so that we fear the divine judgement and we only fear something which we can't see or understand. God was created so that we live our lives peacefully not drown ourselves towards them so that we can make our lives better by actually doing nothing but just sitting there and chanting mantras and giving a knowledge half the world is oblivious of truly. Little did we forget that the myths and legends of God itself says that God only helps those who help themselves and chanting is never helping one. These so called 'Babas' and 'Messenger of Gods' play on our faith of Gods and do nothing but speak random things and make money out of our misery and like fools we bestow our faith in them and blindly follow them irrespective of who they are and what they do even though we at times can't keep faith in out parents or family or even us. Till the time we don't have faith in ourselves, nobody even if he moves the world, can do anything to help our lives get better. We need to start realising the business that they do and start retaliating by changing our thought process as our society reverberates and the change shall be inflicted as any input, no matter how small, has the potential to change the face of the world itself. 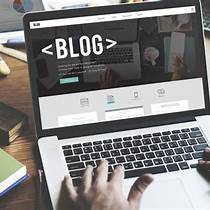